When you come to play golf in Madrid you can easily find accommodation in any location and close to one of the golf courses in the city.

The golfer who comes to play golf in Madrid, can choose between hotels of 3,4 and 5 stars and a varied offer of non-hotel establishments where he can enjoy all kinds of comforts.

END_OF_DOCUMENT_TOKEN_TO_BE_REPLACED

Madrid is consolidated as a golf destination 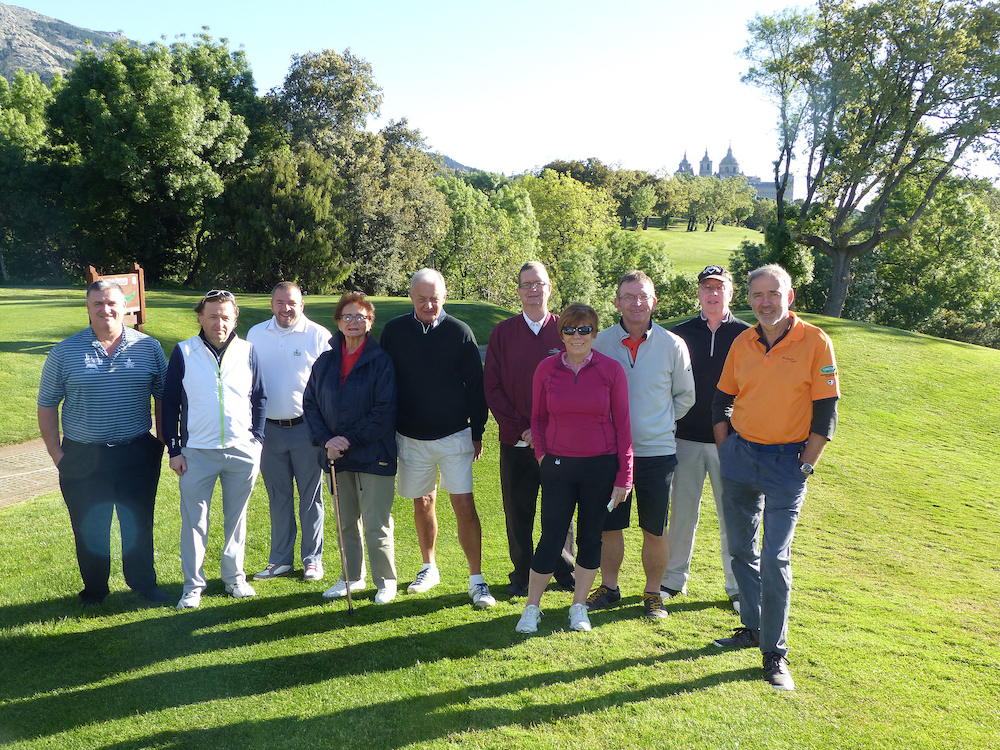 The Association of Golf Courses of Madrid organized the second Fam-Press Trip, taking advantage of the appointment of Spanish and international golf in UNIGOLF 2017.

END_OF_DOCUMENT_TOKEN_TO_BE_REPLACED 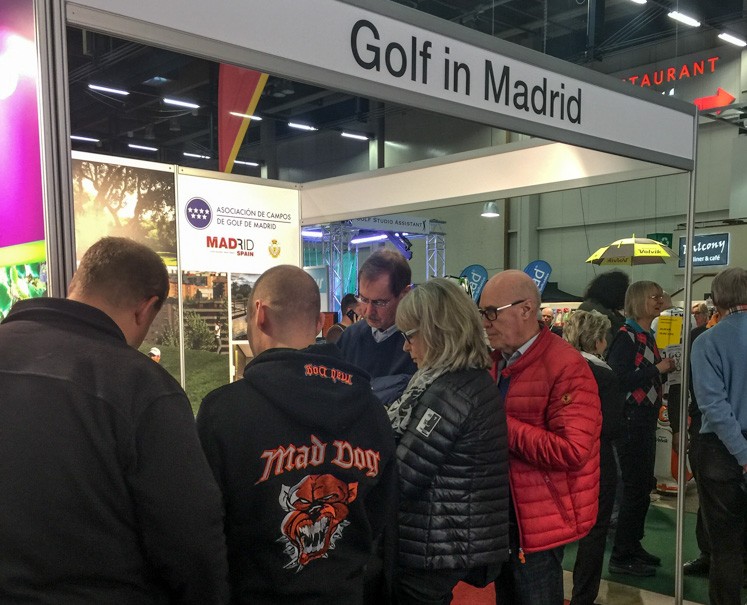 Madrid Golf Courses Association has been presented as first time at The Helsinki Golf Fair 2017.

Finnish golf players who assisted to the show are now more familiar with the Golf in Madrid and really welcome to play the golf courses of Madrid Golf Courses Association.

END_OF_DOCUMENT_TOKEN_TO_BE_REPLACED 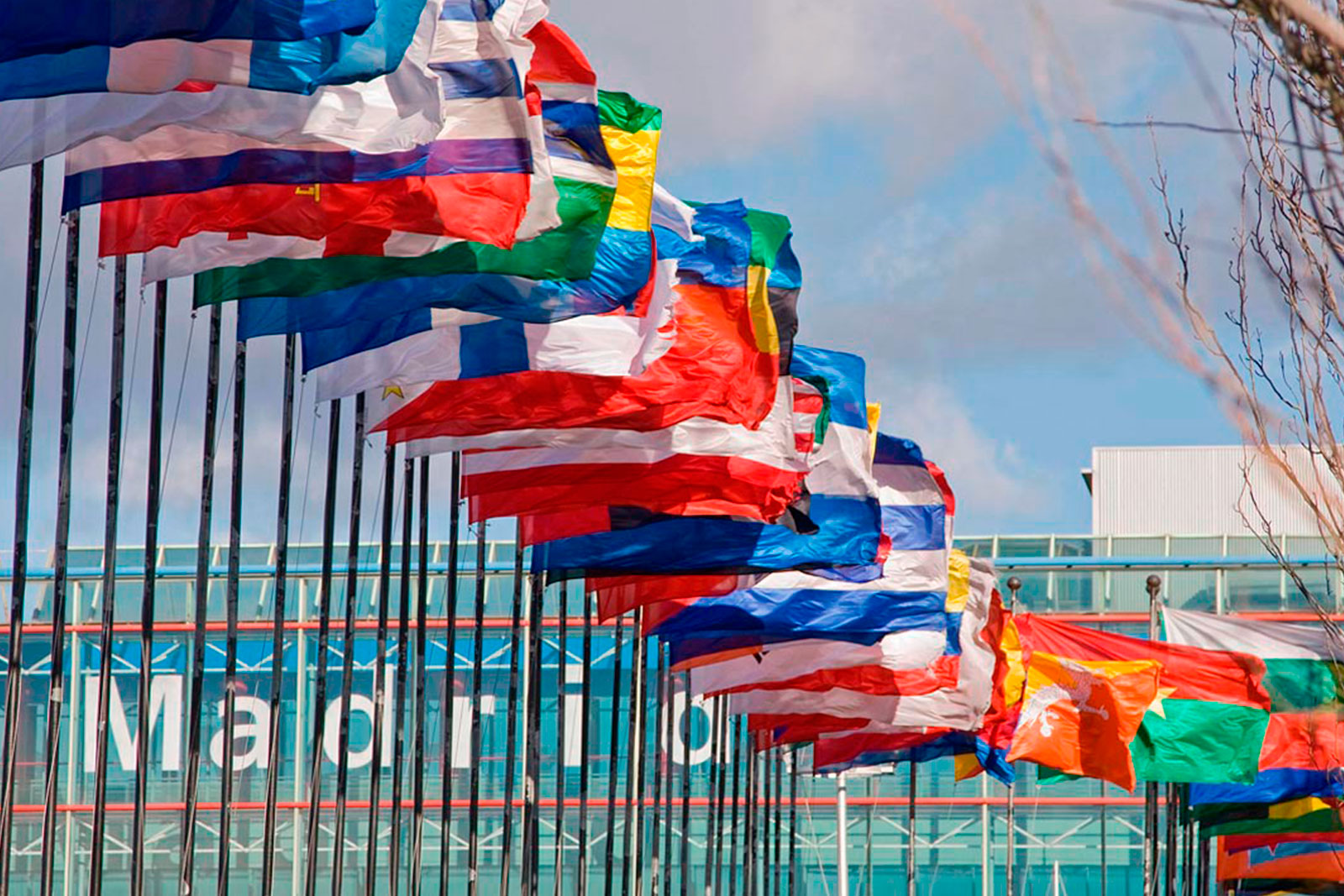 At the point of dismissing the year and with the mind full of New Year’s resolutions, what do you think about the labor field? Do you want to continue growing as a professional and improve your golf in the best golf courses in Madrid?You find time to work and play golf. Many courses are closed o the city and to IFEMA as Olivar de La Hinojosa ( just in front to IFEMA), Centro National Golf, Retamares Golf, Lomas, Golf Santander, El Robledal, between others.

END_OF_DOCUMENT_TOKEN_TO_BE_REPLACED 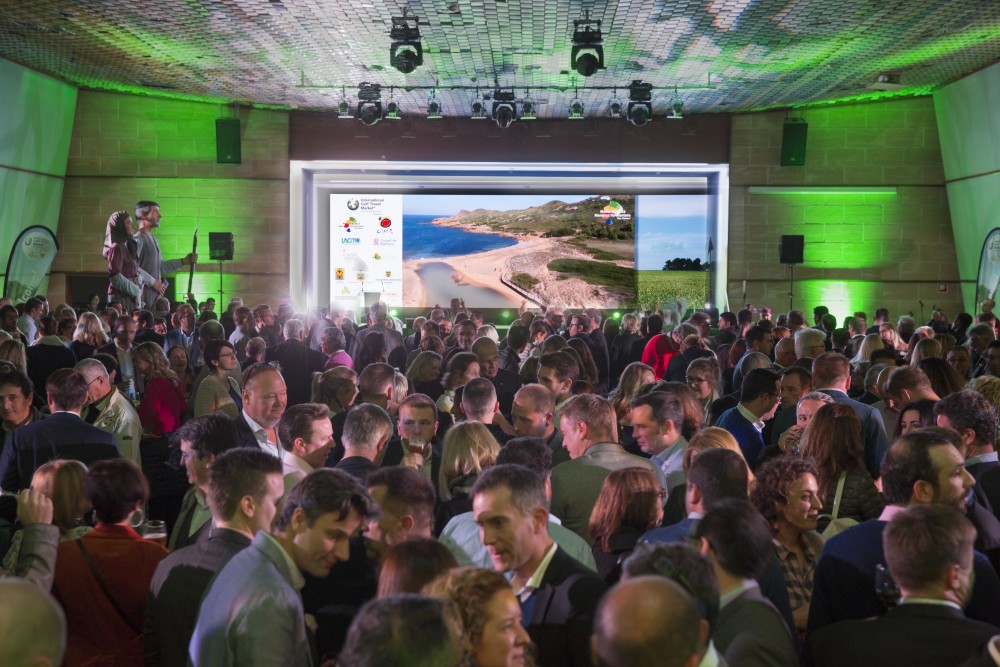 END_OF_DOCUMENT_TOKEN_TO_BE_REPLACED

“I’ve been having a very consistent season, I hope to play well in Liverpool; it would be wonderful to win it”.

Sergio García was in Madrid last Friday where he took part in an event sponsored by one of his main sponsors, Omega, held at La Moraleja. During the tournament, on Course 1, he had the opportunity of playing several games with Club players. “The course is very good, very well kept. It has been a lovely day, we have enjoyed it immensely”, he commented.

Members were able to chat with him and ask his opinion regarding one of the Club’s new courses, Nº 3, a Jack Nicklaus design, where Sergio played a few months ago: “I like it very much and not only on account of how well kept it is, but also because of its design and the way it is constructed”.

Players were also able to wish him the best of luck for the forthcoming British Open to become the first Grand Slam on the track record of this player from Castellón. His three runner-up placements (at the 2007 British Open following his tie with Padraig Harrington, and at the 1999 and 2008 PGA Championships) and his 18 Top Ten classifications in various majors, are proof that he has every possibility.

This is time for Swiss Golfers.

This VIP magazine, GOLFERS&CO has in their portfolio 20.000 readers. www.golfers-co.com

They enjoyed Madrid so much and they have included a reportage of 5 pages in the edition of March 2014, where is a reference also of Golf Booking Madrid. 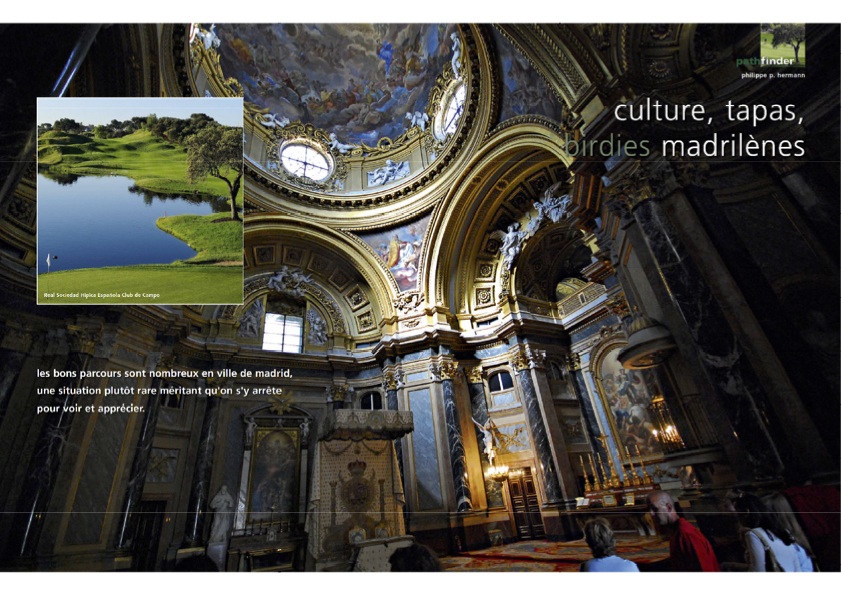 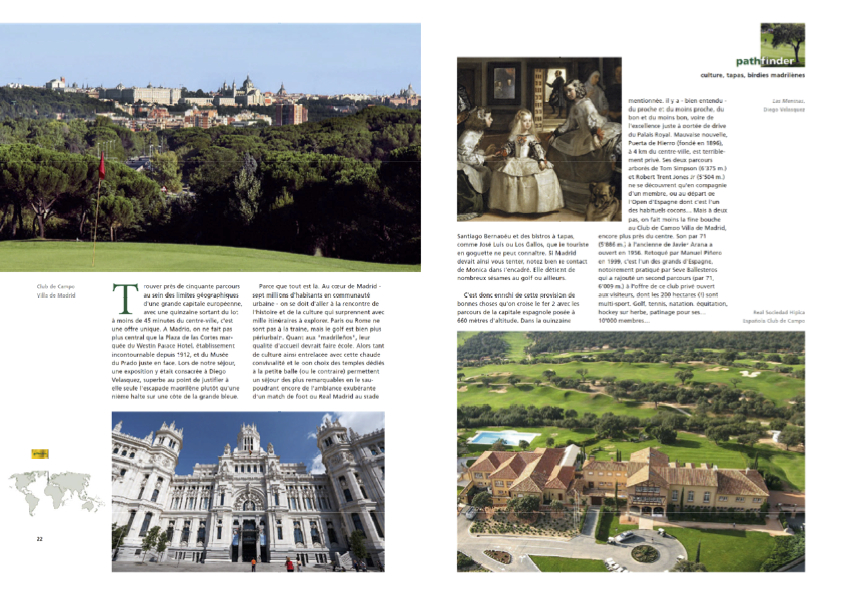 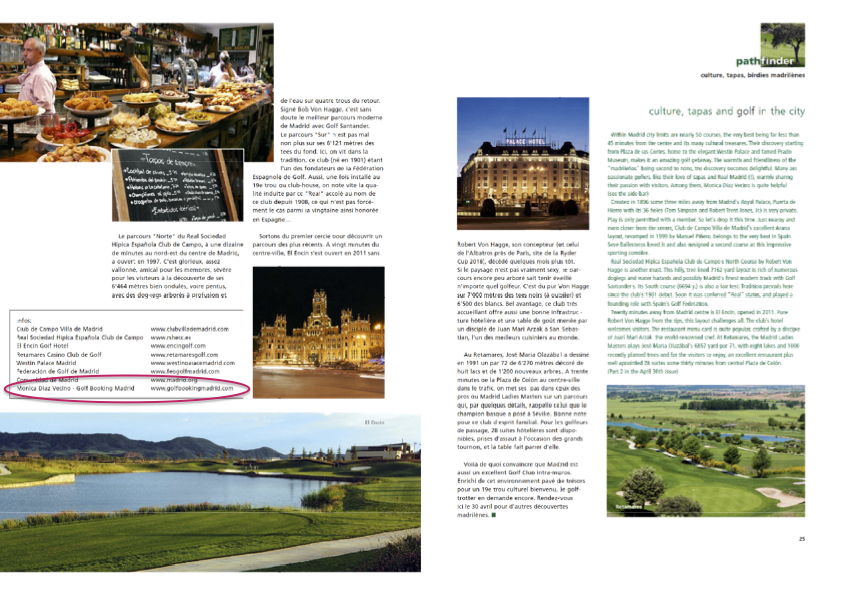 I would like to show to you a news about Golf in Madrid, recently published in Paris Match Magazine and where is named Golf Booking Madrid – GBM. 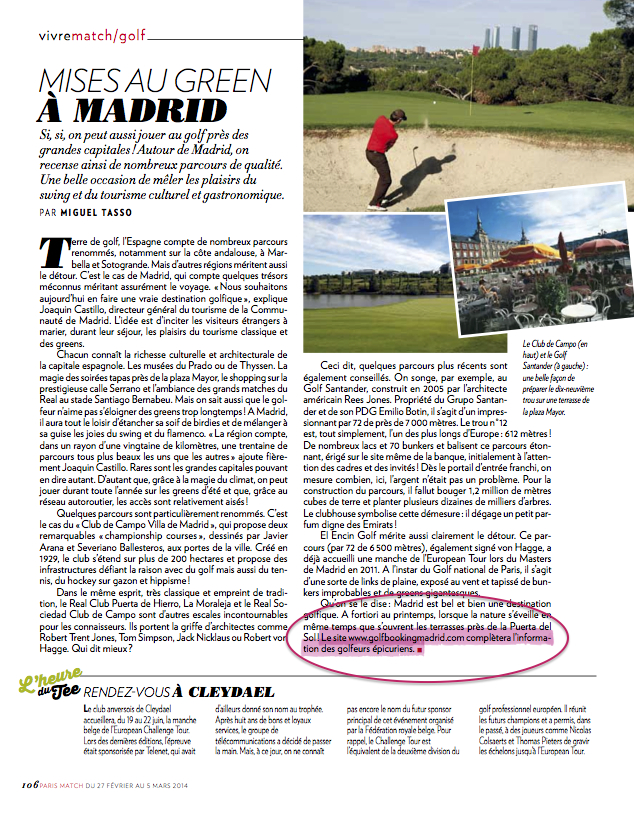